New business models are emerging for nearly every industry. They’re switching from public networks to private networks so they can use existing providers network assets and operations—without compromising data security.

How does our private network work?

We built our network security from the ground up. The growth of IoT and wireless data solutions has driven high demand for secure, private networks. Our network—which covers over a 50-mile radius spanning from South Miami to Boca Raton, Florida—delivers higher reliability and security than shared, public networks. 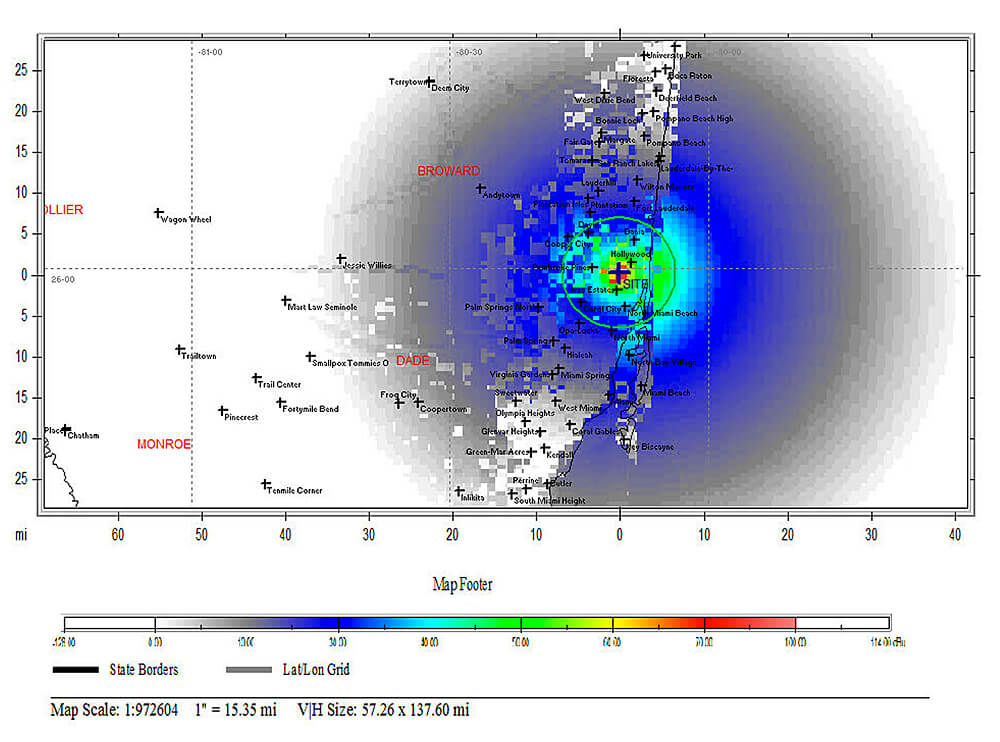 Through our leadership in LTE and 5G technologies, we deliver standalone and integrated Private Networks for high reliability, high performance and secure communications, fulfilling business critical and mission critical needs. The solutions enable integration of diverse devices such as sensors, machines, vehicles and hand-held devices across a wide range of applications for industry enterprises.

They are deployed and managed separately of public cellular networks, but function in the same way. They make use of micro towers and small cells just like public networks – and, like public indoor and outdoor networks, the numbers, positions, and settings of these base stations are adjusted for each deployment. 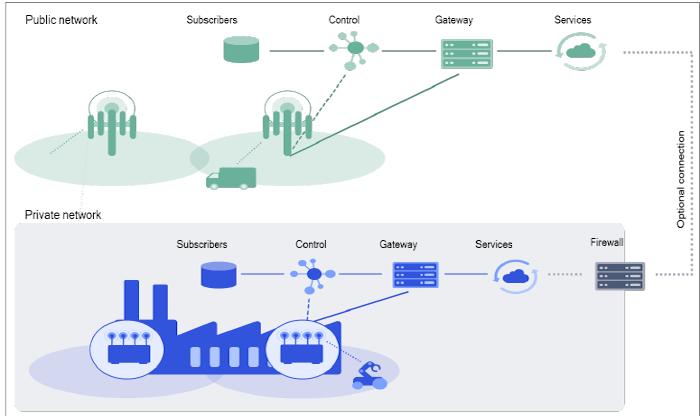 Independent private networks without dependencies on a licensed public operator or a wide-area network. Integration with the public network is possible, but optional. 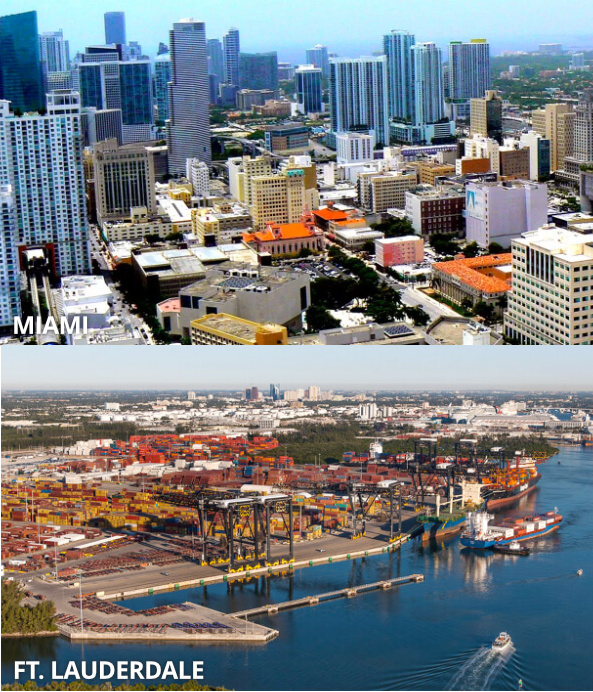 We dedicate a portion of our licensed spectrum in the Miami-Dade geographical area.

By using our private, licensed spectrum, you’ll know that your network is consistent, secure and controlled only by you.

Third parties are able to license their spectrum in this locale, and build or manage their networks, as required.

Private networks can use spectrum across a range of frequencies, subject to diverse license terms. For industrial IoT, it’s important that spectrum is available, supported by a product and integrator ecosystem, and subject to stable regulations that allow for long-term planning. These are all important for industrial users seeking to make major investment into operational technologies that have long life cycles.

Our solutions include Managed Services, based on our industry proven portfolio. Securing full operational readiness from day one and minimizing time to market.

As the grid modernizes, devices become smarter. As modernization continues, the path that carries critical business data through the grid needs to be more reliable. This critical data—which is often used for grid stability, emergency operations and even disaster recovery—has to be delivered securely, quickly and separately from other less critical information.

As data keeps growing at the speed of Moore’s Law, managing and making use of it becomes more important than ever. This is done by sending it to a control system—more specifically, a radio frequency (RF) system. Utilities have used licensed networks for decades, but the introduction of advanced metering infrastructure (AMI) made use of mesh radios using unlicensed spectrum.

Once the field network is deployed, distribution automation (DA) devices are usually added to operate on the network. For many reasons, this isn't the best deployment strategy. The dynamics of field area networks (FAN) design and implementation gives you a new, more effective choice for which type of spectrum to build your network on.

Radio frequency is a finite resource regulated by the Federal Communications Commission (FCC) for public usage. They break the spectrum into bands, with each band designated for a specific type of use. Anyone can use unlicensed spectrum bands as long as they follow some general rules like using an FCC-approved device and keeping their transmit signal level low to not broadcast to a large area.

When using an unlicensed spectrum, you have to make a point to not interfere your broadcast transmission with other users. Utilities who do so need to recognize that they’re operating their AMI and FANs on a spectrum that anyone can access and use.

Unlicensed spectrums aren’t limited to just utility applications, however. Common household items like cordless telephones and baby monitors use them as well. These items were designed to avoid interference whenever possible. An example of this is frequency hopping, which allows a device like a baby monitor to move around small bands or retransmit when it discovers an interference on the spectrum.

The noise from other devices on the same unlicensed spectrum means your receiver signal has to be stronger to compete. This limits your communication to short distances—sometimes shorter than a neighborhood block. But if you were on a licensed spectrum, you wouldn’t have that problem.

Let’s say you’re using AMI, for example. You have many devices operating close to each other, and need to get messages from the closest radio device to the control center. More often than not, these network designs result in end-device messages being stored and forwarded many times from radio hop to radio hop. Operators end up waiting longer for states or execution of demands. Even worse, these systems can time out, which results in multiple retransmissions and adds increased and unpredictable delay and jitter to the network and to control applications.

Or how about unlicensed field area networks? These can introduce ongoing maintenance tasks and frustration to the end user because of the unpredictable nature of service interference. Interference might not happen during the first initial design, but can definitely come up over time. This forces a partial redesign to optimize the network by adding repeater locations.

Licensed spectrums, on the other hand, are reserved for a single use where the operator has exclusive use of a band across a geographic area over a set period. The FCC keeps a record of granted licensed spectrum requests and has a structured technical procedure for preventing and resolving interference between licenses.

If the FCC grants a band of spectrum for a specific application, like utility multiple address data nodes, utilities can access the spectrum by filing for a license and paying a nominal administrative fee.

For general use spectrums that face more demand than supply—like public cellular networks—the FCC auctions off pieces of the spectrum to the highest bidder.

It’s true that getting a spectrum license takes time and costs money. But when you consider the long-term operating costs, the consistency and exclusivity you get makes it worth the effort.

Communications have always been important for power plants and transmission substations to monitor the electric grid. As both have evolved over time, utilities have been pushed to to have better methods of gathering and monitoring data from distribution networks—known as "the last mile" of the electric grid.

Utilities are putting smart devices on distribution poles and even on houses to monitor and provide control over grids as far as they’ll reach. The problem is that the distribution network and customers’ homes aren't connected to the same private networks as the power plants and transmission substations.

From "last mile" networks, it’s very expensive to build new private infrastructure to the power plant or substation. This is why unlicensed radio networks are usually used. As the amount of data needed increases in places that aren’t connected to the network, we should be considering licensed networks as the better option.

For years, unlicensed radio communications was the choice for AMI and DA because the technical environment remained consistent and largely the same. Fast forward to now, and our networks demand more because of several factors:

Our licensed spectrum gives utilities a solution to the changing communication dynamics in the last mile.

Our focus is to be the trusted, long-term technology partner for our customers, and provide solutions designed to meet current and future connectivity requirements for business and mission critical services.

Learn how our RAN Wireless Network can help your industry.

Ask a RAN Expert How We Can Help:

See our solutions in action: request a customized product demonstration.
Educate you further on how IoT can help you meet your business goals.
Schedule a meeting to talk about pricing.

Stay up to date with the latest IoT, network, wireless data and customer success blog content.

Learn about the opportunities, potential and possibilities that joining the multi-trillion dollar IoT industry can bring to your business. Subscribe to our monthly newsletter.

Submit You've already subscribed.
Thanks for your subscription!